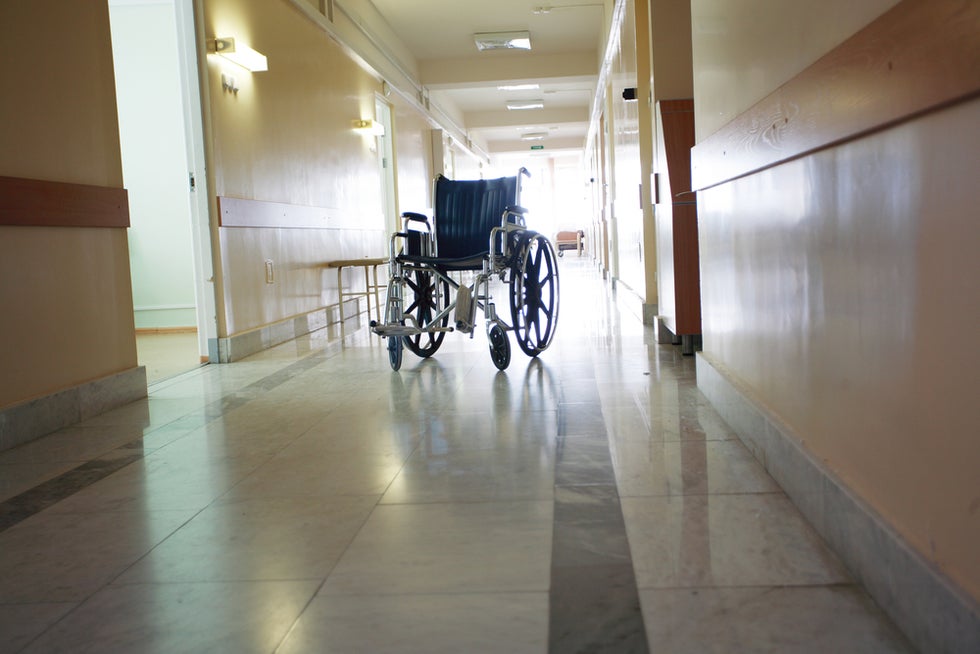 Thousands of people with physical disabilities in Colorado who otherwise would qualify to live in the community at large are detained in nursing facilities at government expense, in violation of the Americans with Disabilities Act (ADA), according to a U.S. Department of Justice investigation.

This breach of the law became a death sentence for many when Covid-19 swept through the nation's nursing homes, killing nearly 150,000 residents nationwide, and 1,900 in Colorado.

More than 15,000 Coloradans occupy some 200 nursing facilities throughout the state, funded by federal and state Medicaid programs.

Many of them don't belong there.

“Each year, many Coloradans with physical disabilities enter nursing facilities after experiencing adverse medical events, or when the home- and community-based services on which they rely are insufficient to maintain their health and safety in the community,” the investigation found. “For some, what begins as a brief rehabilitative stay in a facility becomes indefinite when they are unable to access the supports they need to live independently.”

The inquiry began in 2019 following complaints that nursing home residents with physical disabilities were being needlessly segregated from the community at large.

In a landmark ruling in Olmstead v. L. C. 527 U.S. 581 (1999), the U.S. Supreme Court held that public entities must administer services to individuals with disabilities in the most integrated setting appropriate to their needs, and that unnecessary segregation in an institution is a form of discrimination prohibited under the ADA.

Nursing homes are obliged to identify residents who might qualify for transitioning back into the community, and to follow up to ensure that those wishing to do so receive the necessary help in finding both housing and assistance in the community. But few are being either surveyed or helped, the investigation found. Among those who are identified, it often takes them a year or more to transition, according to the investigation.

While there is a financial incentive for privately run nursing facilities to keep their residents, the state can save millions by getting them back into the community. In 2019, Colorado spent more than $1.25 billion on some 15,000 residents in nursing homes, compared to just under $457.2 million on 29,000 people with disabilities living in the community.

The Justice Department called on the state to, among other things, provide nursing facility residents with information on “community-based alternatives”; expand and streamline services to those wishing to make the transition; and offer more community-based services and housing to those with physical disabilities living in the community.

The letter commends the state for cooperating with the investigation, and Gov. Polis pledged to remedy the issue.

“Colorado ranks among the top of states in providing home and community-based services and supports to older people and people living with disabilities so Gov. Polis is hopeful that this development will accelerate his efforts to make Colorado the best state for older Coloradans and Coloradans with disabilities, according to a statement from a spokesperson.”

In fact, legislation recently introduced in Congress that would prohibit discriminatory practices against individuals with disabilities who need long-term care services is named for a woman who was forced to flee a Tennessee nursing home and move, ironically enough, to Colorado so she could access the care she needed to live independently in her own home.

The Laytona Reeves Freedom Act would codify existing law and strengthen the right of Americans with disabilities to receive long-term care services in the setting of their choice, including a prohibition on government entities and insurance providers from denying home- and community-based services to individuals with disabilities that require such services.

If you have any questions about caring for your special needs loved one, give us a call at 717-374-2244 or fill out this form and we'll call you back.