Alzheimer’s Awaits Nearly All Those with Down Syndrome. Why No Urgency? 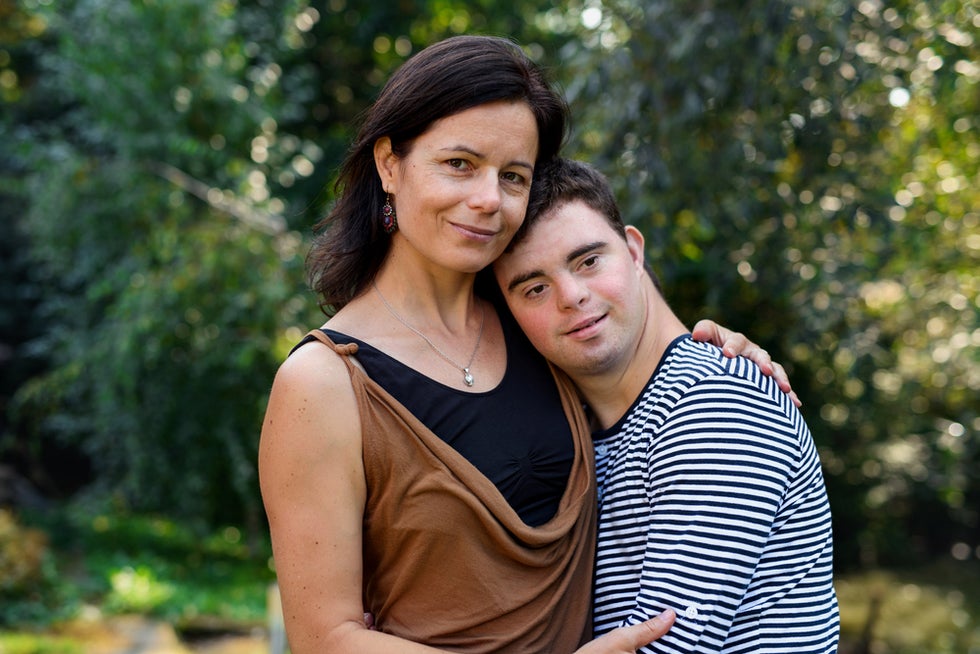 Just about everyone with Down syndrome (DS) will begin developing Alzheimer's starting at about age 40, making it the leading cause of death for the 200,000 or so people with DS in the U.S. But this dire prognosis is getting little attention.

Many guardians and parents of people with DS are not facing the fact that about 90 percent of those with DS will contract Alzheimer's, doctors often don't know how to diagnose it, and little of the research on Alzheimer's involves people with DS, notes Howard Gleckman, a senior fellow of the Urban Institute, and a writer and lecturer on aging, tax policy and other issues.

Ironically, this convergence of DS and Alzheimer's arises from a positive development: Advances in medical care have doubled the life expectancy of people with DS, who a few decades ago rarely reached their 30th birthday. The challenge is that the extra copy of chromosome 21 — the condition that causes DS — makes it almost certain that someone with DS will start showing early progression of Alzheimer's by their early 40s. This is because a gene on chromosome 21 spurs over-production of amyloid proteins, which break down into plaques that block activity between the brain's neurons — the condition that causes Alzheimer's.

The prevalence of Alzheimer's in the DS population would suggest that it could be a rich source of information into the disease, Gleckman notes; apart from anything else, researchers should be tantalized about why 10 percent of this cohort does not contract the disease. Yet, while research into this scourge of the DS community has picked up, fewer than 10 of the hundreds of Alzheimer's drug trials under way involve people with DS, according to a government study.

Gleckman dismisses claims that researchers find it hard to assemble study groups from people whose limited intellectual capacity prevents them from providing consent; he notes that there are plenty of people with DS who are perfectly capable of understanding and consenting.

Meanwhile, the medical community is failing those with DS and their caregivers in another way, Gleckman says. Physicians who often miss early onset of Alzheimer's and other forms of dementia in the general population are particularly prone to doing so when assessing those who already find it hard to express themselves, are challenged by cognitive tests, and face other behavioral or health issues.

Physicians should be better trained, assessment tools for those with DS and other intellectual disabilities need improving, and screenings should occur more often, according to recommendations issued in January by the Advisory Council on Alzheimer's Research, Care, and Services.

As for the treatment of Alzheimer's, it received a setback in January when the Centers for Medicare and Medicaid Services announced that, until new tests are performed, the government won't cover the cost of the drug Adulhelm, after it received mixed reviews in earlier trials. With insurance companies likely to follow suit, the drug's future is uncertain.

But in the absence of a cure and shortcomings in care and research, there is much that guardians can do, Gleckman says, citing advice from Margot Rhondeau, senior director of health and wellness at the National Down Syndrome Society. “A lot of parents are in denial about Alzheimer's,” she says. “Parents and caregivers need to become as knowledgeable as they can.”

As with other young people with special needs, it is important for parents and guardians to fully understand and provide for the care their children with DS will need later in life, a period when current guardians are either deceased or too elderly to shoulder the burdens of care, and siblings are busy earning a living and raising their own children. This means formulating a plan of care and, in most cases, a special needs trust.

For these reasons, advocates urge guardians and family members to act now to ensure that their children with DS are benefiting from their longer lives to the maximum extent. The first step is to formulate a strategy with your special needs planner.

If you have any questions about caring for your special needs loved one, give us a call at 717-374-2244 or fill out this form and we'll call you back.